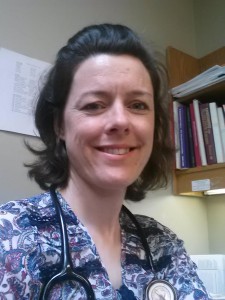 It is with the greatest of pleasure we announce the return to the practice of Dr Myra Lynch.

Myra has spent the past three years in Canada, running her own practice specializing in Geriatrics and Palliative care. She was granted membership of the Canadian College of Family Practitioners in 2013, and became a Licentiate of the Medical Council of Canada in August 2015.

Prior to this, Myra worked here at the Parks Medical Centre for almost 15 years.

A graduate of UCD, class of 1994, she has diplomas in Obstetrics and Children’s Health and was admitted to the Irish College of General Practitioners in 1998. She loves practicing family medicine and believes strongly in the specialty of Primary Care and its central role in our health service